The Heart of the Matter

I had been sitting in meditation a long while when across my mind came an impression, as though I were somehow looking over into the heart of a galaxy where I could see stars and clouds of stardust whirling around a center that was consuming them all,  a huge, hungry black hole capturing everything, swallowing all light and whatever life there might have been. As I looked deeper into that swirling storm, realizing that there are millions and billions of such galaxies in the known universe, suddenly I felt the words: “The universe has no regard.”

At first the scene felt awesome. Then something like, but not exactly like, fear dawned on me. Reverence, perhaps, followed; but also sadness. Then resignation, if not acceptance.

If this is the nature of reality, I thought, then wisdom dictates that I come to terms with it.

As one does in the practice of meditation, I sat with these impressions, perceptions and these feelings, observing, simply observing. Again, I did not judge them one way or another. Nor did I attempt to take them into myself, though wisdom seemed to argue that this is what I should do. I watched my sadness come and go. I observed my tendency to judge, but let that pass too. I sat with these feelings a long time until they too passed and went on meditating.

It was then, after some time, that without warning another impression came to my mind. A face appeared. It was the beautiful, smiling face of one of my granddaughters: Clara, then three years old. Her smile was without self-consciousness, without guile, just her pure adoring smile of affection and love. To this day, remembering that face goes straight to my heart like an arrow.

I became conscious of an insight forming. The words were far from eloquent, but they seemed a true confession of something deeper even than faith.

“The universe may be without regard, but a universe in which that smile is possible cannot be without love.”

Later I painted the attached painting. 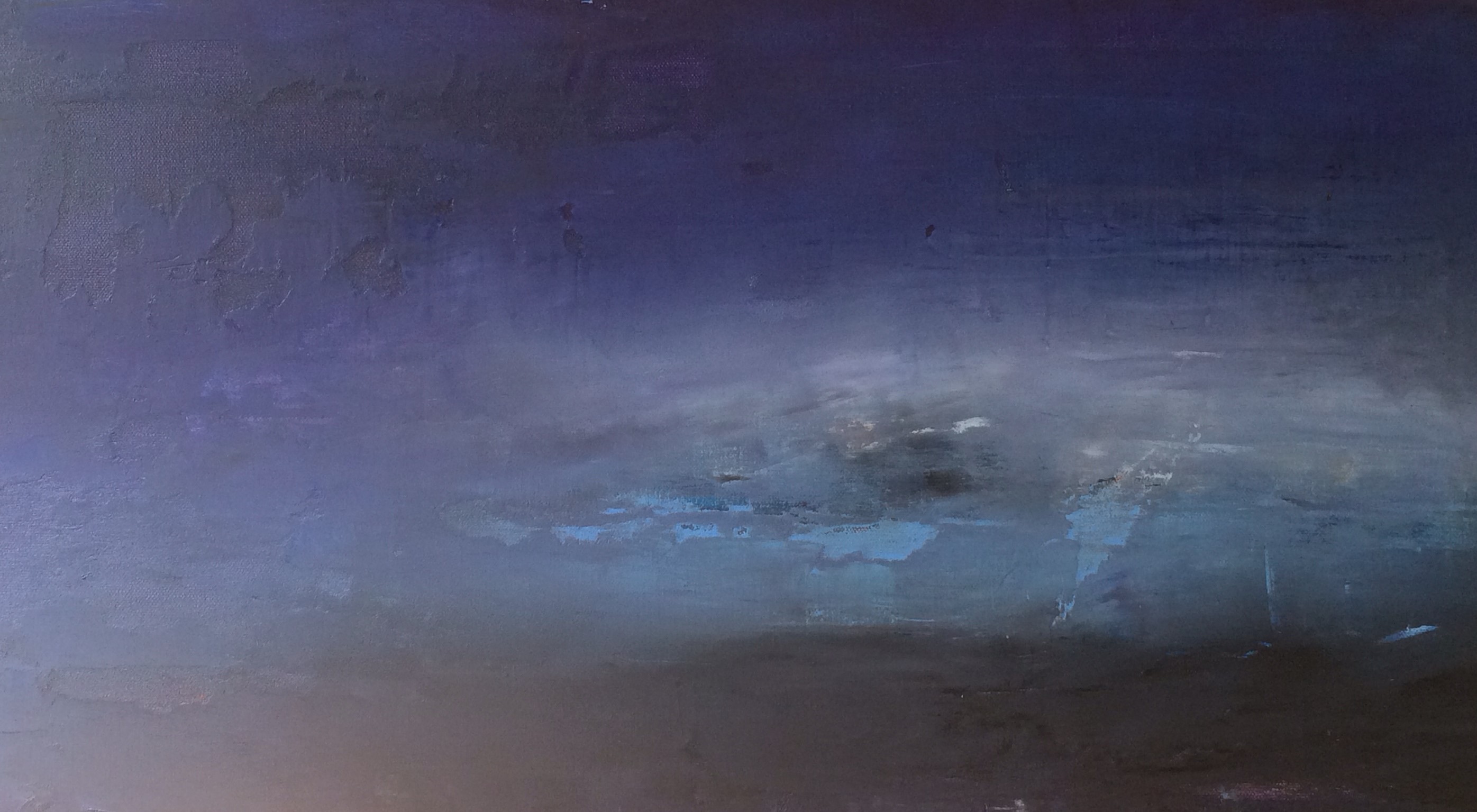