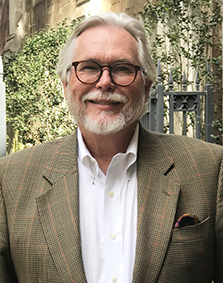 Michael served most recently as President of Louisville Presbyterian Theological Seminary.  He was previously Academic Dean and Professor of Pastoral Theology at Austin Presbyterian Theological Seminary. An ordained minister in the Presbyterian Church (U.S.A.), he has served churches in Texas and Scotland. He is the author of more than 100 papers, articles, reviews, as well as 12 books, including “Invitation to Psalms” and “Called to be Human: Letters to my Children on Living a Christian Life.” Jinkins was a founding member of the Academy of Religious Leadership, and from 2001 to 2006 was an associate editor and board member of the Journal of Religious Leadership. SCAPC welcomed Michael as our first Lupberger Lecturer in 2009. Michael is married to Debbie, and has two grown children: Jessica and Jeremy.